Instead of going to the gym this afternoon I decided to take a walk in Dalkeith Country Park. 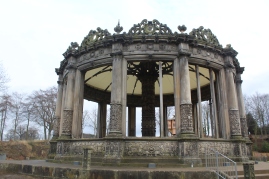 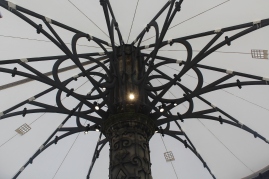 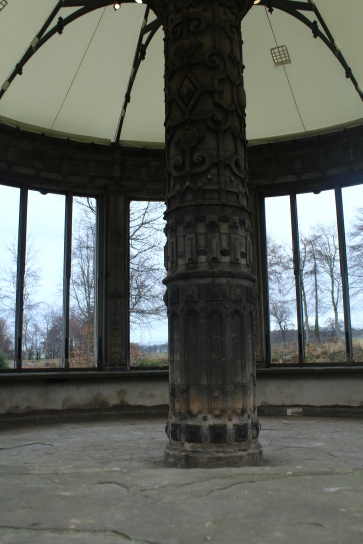 The first place I visited was the orangery. This is a symmetrical dodecahedral conservatory with rich Jacobean detailing, on raised dais over a heating chamber. Bays are divided by engaged Roman Doric Columns. There are large windows in each bay – currently no glass – the door is at the south.

The Conservatory was conceived as the centrepiece of W S Gilpin’s parterre design, little trace of which now remains. The heating system consisted of two hot-water boilers and furnaces located in the vaulted cellar; the furnaces were directly connected to the main flue within the central chimney. The strapwork is probably derived from Wendel Dietterlin’s ARCHITECTURA. Source – Buildings at Risk.

The orangery is next to River South Esk. A short walk along the river. 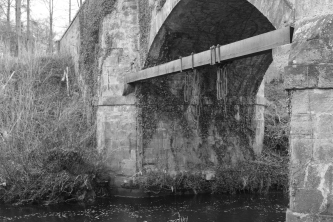 There are several walks in Dalkeith Country Park – see map – I opted to take the yellow walk. This took me along the river and up towards the town gates and St Marys Church. Once I reached the town gates I strolled down towards Dalkeith Palace.

Dalkeith Palace was completed in 1711 for Anna, 1st Duchess of Buccleuch, who appointed leading architect at the time, James Smith, to design the new palace based on Het Loo in the Netherlands. It is built on the same site as the fortified medieval castle and palace of the Earls of Morton, acquired by Francis 2nd Earl of Buccleuch in 1642. It is regarded as one of the grandest early classical houses in Scotland.

Many eminent guests have been entertained at Dalkeith over the years. Bonnie Prince Charlie stayed here two nights during the Jacobite Rebellion year of 1745. King George IV slept here during his visit to Edinburgh in 1822, in preference to Holyroodhouse Palace, which was then in poor repair. Queen Victoria also visited in 1842. Source – Dalkeith Country Park

I next strolled towards Montagu Bridge. 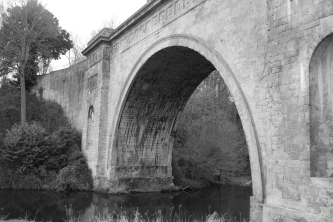 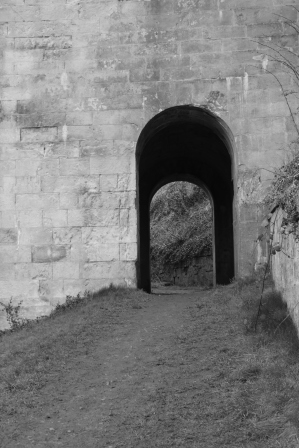 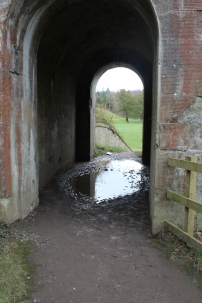 Crossing the North Esk is the lofty Montague Bridge. Designed by Robert Adam and built in 1792, it is named after Lady Elizabeth Montague who married Henry, 3rd Duke of Buccleuch. At one time the bridge was more ornate, but the two stags which supported the Buccleuch arms, frightened the horses crossing the bridge so much, they had to be removed. Source – Esk Valley Trust

After too many years as an IT developer with various financial organisations I went back to University to study to be a teacher. I graduated in 2008. I am a mother of two - one girl and one boy. I am interested in new technologies especially how they can be used in education. I am Apple Teacher. I am a keen football supporter but gave up my season ticket due to being disheartened and lack of money/time.
View all posts by AMWeston →
This entry was posted in Midlothian, Scotland, UK and tagged Dalkeith Country Park. Bookmark the permalink.