After some discussion we decided to move closer to downtown. Terry found a hotel near Columbus Circle – The Hudson Hotel.

Terry had organised a touch tour around USS Intrepid so after moving our luggage we headed to the ship. We were shown round by Lori. We got to go behind the lines to touch some of the aircraft and were able to sit inside a helicopter. A few envious looks! 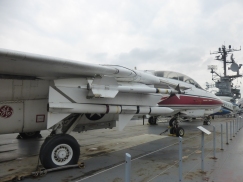 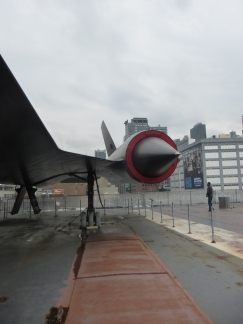 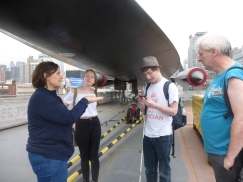 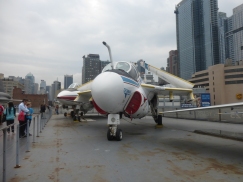 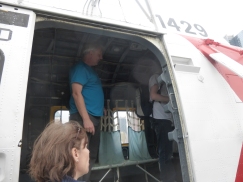 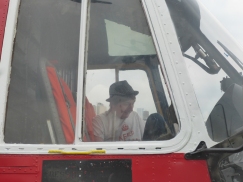 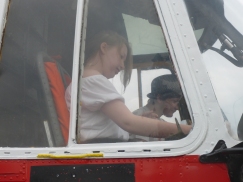 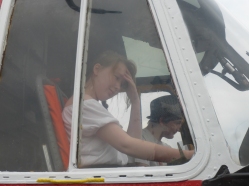 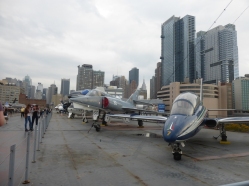 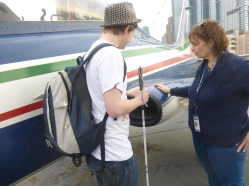 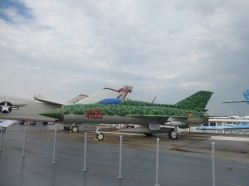 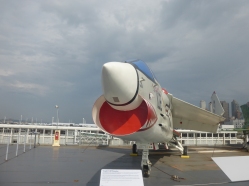 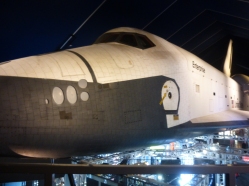 After checking in to the hotel we headed for Times Square to get tickets for Jersey Boys. We had dinner then headed to the theatre.

After too many years as an IT developer with various financial organisations I went back to University to study to be a teacher. I graduated in 2008. I am a mother of two - one girl and one boy. I am interested in new technologies especially how they can be used in education. I am Apple Teacher. I am a keen football supporter but gave up my season ticket due to being disheartened and lack of money/time.
View all posts by AMWeston →
This entry was posted in New York, USA and tagged Hudson Hotel, Intrepid, Jersey Boys, New York, Times Square. Bookmark the permalink.