After our trip to the museum and graveyard we headed south to Kilvaxter.  A sign directed us to a small car park and from there we walked into a field to discover the Kilvaxter Souterrian.

A souterrain is an underground stone-lined tunnel typically associated with Iron Age settlements along the Atlantic fringe. Over 500 have been found in Scotland, of which around 20 are on the Isle of Skye. Souterrains, from the French sous terrain meaning “underground” were constructed by digging out a trench, lining the sides with stone, then roofing it over with more stone and reburying the whole thing. The end result was a stone-lined passage leading to a chamber. 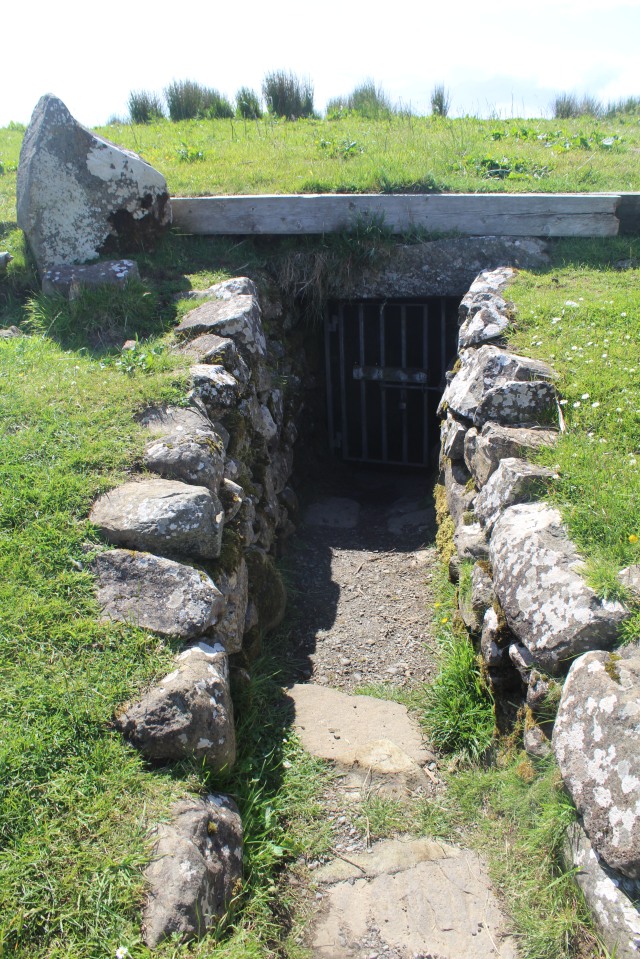 We found the entrance and Terry went to have a look.

After too many years as an IT developer with various financial organisations I went back to University to study to be a teacher. I graduated in 2008. I am a mother of two - one girl and one boy. I am interested in new technologies especially how they can be used in education. I am Apple Teacher. I am a keen football supporter but gave up my season ticket due to being disheartened and lack of money/time.
View all posts by AMWeston →
This entry was posted in Highlands, Scotland, Skye, UK and tagged Kilvaxter, Skye, Souterrain. Bookmark the permalink.