Road to the Isles

After a hard morning spent at work – assembly then a movie! I headed home. The car was packed and it was time to go. We stopped at The Smithy near Doune for lunch before heading further north. We were determined to get to Arisaig as quick as possible so there were no stops. Though I did try taking photos out the car window as we went through Glencoe. 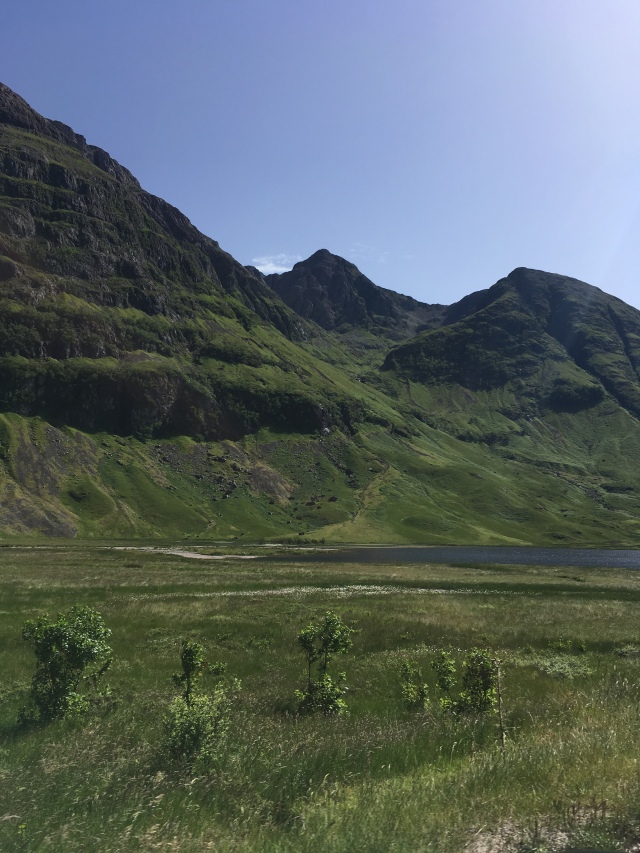 We arrived at Arisaig just about 5.30pm. We dumped our bags and headed to the bar for a well deserved drink. We stayed at The Arisaig Hotel. After dinner we went for a wander in the village. We came across a memorial to Czech special operators who trained in the area during the war.

After too many years as an IT developer with various financial organisations I went back to University to study to be a teacher. I graduated in 2008. I am a mother of two - one girl and one boy. I am interested in new technologies especially how they can be used in education. I am Apple Teacher. I am a keen football supporter but gave up my season ticket due to being disheartened and lack of money/time.
View all posts by AMWeston →
This entry was posted in Highlands, Scotland, UK and tagged Arisaig. Bookmark the permalink.