On Saturday we decided to go on a boat trip on the river Forth> once booked online we headed out to South Queensferry for a spot of lunch before the trip. We had lunch at The Railway Bridge which was pleasant enough especially as we sat out in the sunshine.

The boat trip offered a stop off at Inchcolm Island and as Historic Scotland members we would get onto the island free. The trip to the island was calm and pleasant – interesting to see the bridge and the river from a different aspect.

We spent a couple of hours on the island. A stroll around the most complete surviving monastrey was interesting but not as peaceful as Inchmahome Priory. One of the reasons for the lack of peace was the gulls. The island is a breding area for the gulls and there are warning signs up about getting too close in the breding season May-July. They were noisy but did not attack. What did stop us going too far around the pathways were the dead gulls.

Well worth the trip and we managed to miss the rain. 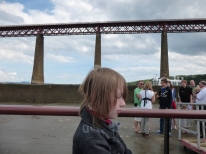 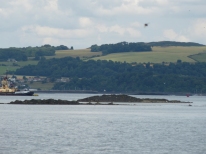 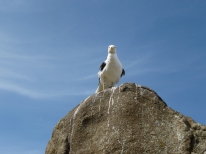 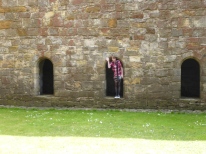 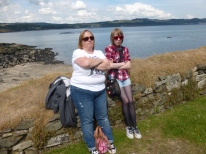 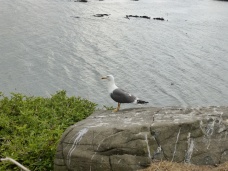 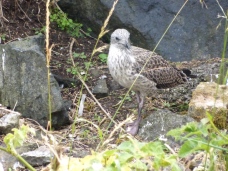 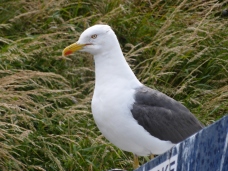 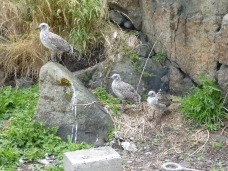 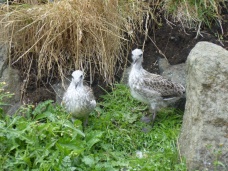 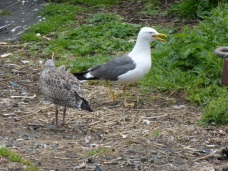 After too many years as an IT developer with various financial organisations I went back to University to study to be a teacher. I graduated in 2008. I am a mother of two - one girl and one boy. I am interested in new technologies especially how they can be used in education. I am Apple Teacher. I am a keen football supporter but gave up my season ticket due to being disheartened and lack of money/time.
View all posts by AMWeston →
This entry was posted in Edinburgh, Scotland, UK and tagged Boat Trip, Historic Scotland, Inchmaholme Priory, South Queensferry. Bookmark the permalink.